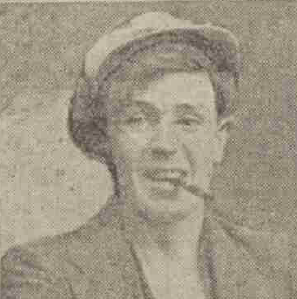 Andrew has no known grave but is remembered on the Thiepval Memorial. He is the brother of Pte James Stiven, 11066, 1st Battalion, Irish Guards, who was killed in action, 15.07.1917 and Gunner John Stiven, 175631, 463rd Battery, Royal Field Artillery

Mr and Mrs D. Stiven 15 Bonnybank Road, Dundee, have received official intimation that their son, Private Andrew Stiven, Scots Guards, has been posted as missing since 15th September.  Private Stiven is in his 24th Year.  He enlisted in September, 1914, and has been on active service for 19 months.  In civil life he was in the employment of Messrs Thyne & Sons, seedsmen, Dundee.

Can you tell us more about Andrew Stiven'? Some additional facts, a small story handed down through the family or perhaps a picture or an heirloom you can share online. Contact our curator...