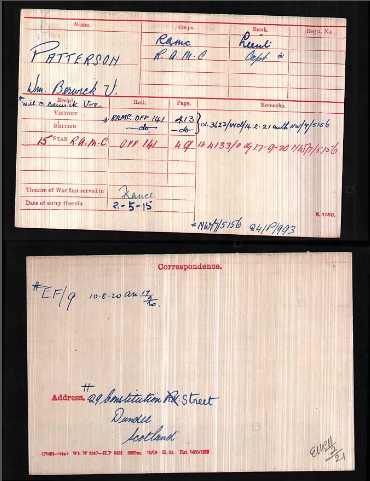 Captain Patterson was wounded on 15th September 1915 when he was hit by a bullet. He also kept notes of his work with amputations throughout his experience as an Army Doctor.

William was the brother of Sgt George Oudney Patterson, 4543, 17th Battalion London Regiment, who was killed in action 15.09.1916.

Can you tell us more about William Berwick Patterson'? Some additional facts, a small story handed down through the family or perhaps a picture or an heirloom you can share online. Contact our curator...